I got my wisdom teeth out a couple months ago.  I’ve had a few teeth pulled before as a kid, and somehow had the idea that this would be similar.  I was most nervous about being put to sleep, because I had never been under general anesthesia before.  When they took me back and sat me in the chair, I asked the nurse if there were any special instructions for after the surgery. 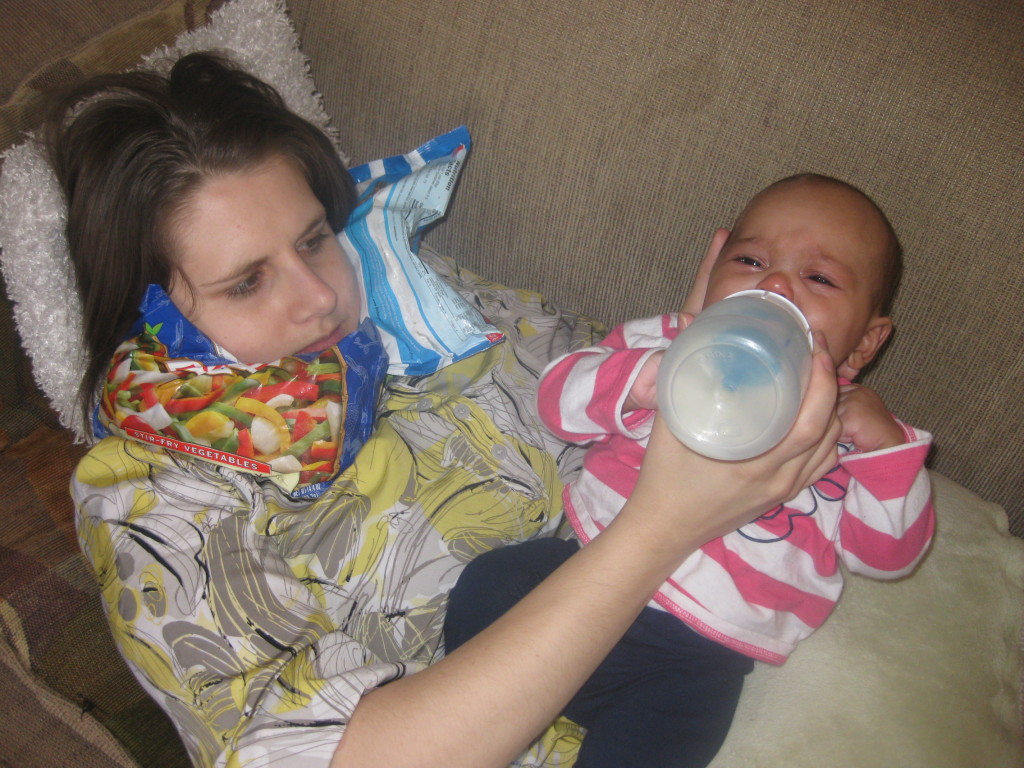 Frozen vegetables and a cranky baby.

She said, “Oh, we won’t tell you that now, ’cause you’d never remember it.”

Weird, I thought.  Weird to be having a conversation and know you won’t remember it later.  Then the doc came in and stuck an IV in my arm and pushed some clear liquid from a syringe into it.  I wondered, Is this the actual anesthesia, or just some antibiotics or something that they give me first?  I think maybe it’s the anesthesia, because my head feels a little funny.  Is it just me or is my vision blurry? It was probably the anesthesia.

The next thing I remember, I had a numb face, a mouthful of gauze, and Yohannes was on a stool in the corner, talking to the nurse.

It took a few tries, but he finally understood and interpreted for the nurse.  I felt like this was all perfectly normal.  Why shouldn’t I try to make trivial small talk with a numb face and a mouthful of gauze?

Yohannes left to bring the car up to the entrance and the nurse walked me out.  I was dizzy and lightheaded, but she supported me to keep me steady.  “I’ heeu ai he’ I hah ai aiee.  I ‘aw a o’ uh oo a’ uh ee ee uhee i,”  I said, to make light conversation.  Translation: “This feels like when I had my baby.  I lost a lot of blood and was really anemic.”  She kept nodding and prodding me forward, like she wasn’t even interested in what I was saying.  Rude. 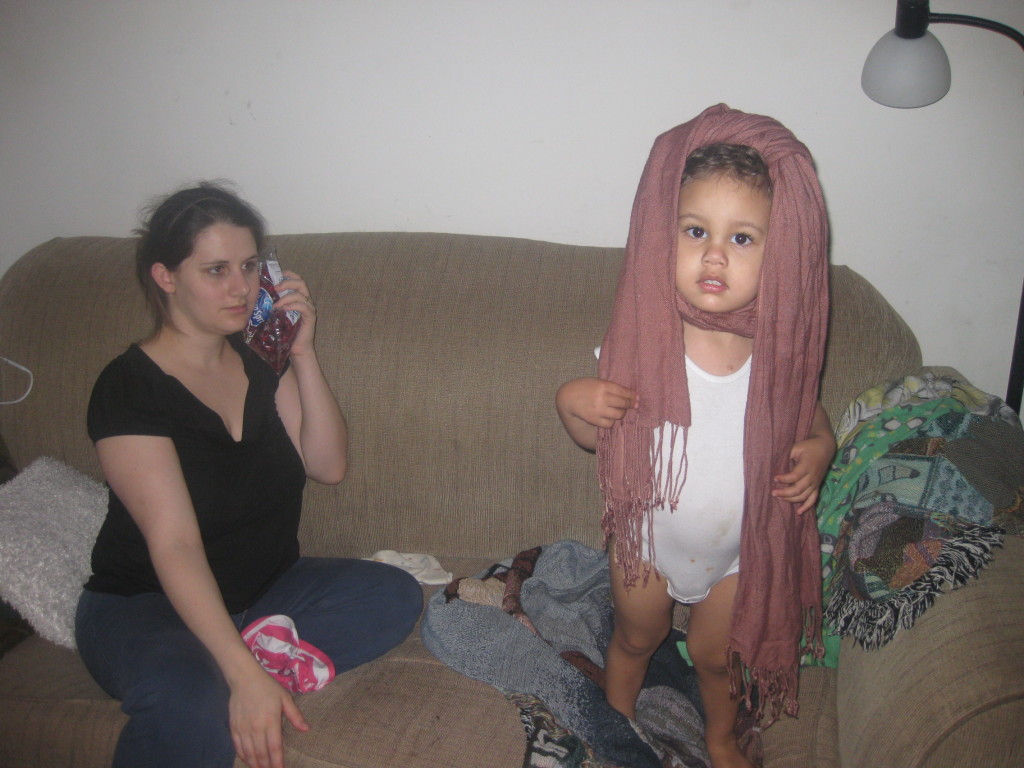 I was using the scarf to hold frozen bags on my face. Nati wanted to try out the new style.

On the way home, we stopped at the pharmacy to pick up my Vicodin, and since I could feel the numbness starting to wear off, I took one right away.  Yohannes looked at me, stunned.  “You aren’t supposed to take those till this evening!”

“Why not?” I asked, in a slightly better state of mind and mouth.

“When they were giving us your discharge instructions, they said you should wait til the evening, ’cause it’ll make you drowsy.  Don’t you remember?”

“But you were nodding and everything.  You were completely awake!”

We spent the rest of the day that way.  Me doing something I wasn’t supposed to, or not doing what I was supposed to, and Yohannes feeling baffled and reminding me.   I did not remember the discharge instructions at all, other than having a very vague sense that the doctor had perhaps talked to me after the surgery.  Maybe someone should tell the people who yank out wisdom teeth that you forget what happens just after you wake up from the anesthesia, not what happens before you fall asleep.

The following two weeks were pure misery.  Two weeks.  I had expected to feel fine by the end of the day.  Stupid.  I’m so glad that’s over.