Yesterday we celebrated our first Halloween. Growing up we didn’t do it.  The most obvious reason is probably that we lived in the middle of the bush in Kenya.  But even when we were in the States, we didn’t, I think because of concerns about pagan holidays or something like that.  I’ve since learned that Christmas and Easter also used to be pagan holidays, so I’m over it.  Nevertheless, we always bought a giant bucket of candy for the “trick-or-treaters”.  And there were never any trick-or-treaters because we lived at the end of a mile long lane, so we got to eat all the candy ourselves.

To be honest, I hadn’t really thought I would celebrate Halloween with my kids either until a few weeks ago when Nati said, “Halloween is when you dress up in costumes and go trick-or-treating and people give you candy!”  Well, I wish Yohannes wouldn’t have told him that, I thought.

A few days later while I was away, Nati said the same thing to Yohannes and the babysitter.  Yohannes said, “I kind of wish Esther hadn’t told him that.”  The babysitter said, “Me too.”

It turns out Caillou was the culprit.  He always is.  So yesterday we went to the store, bought a bunch of candy for the trick-or-treaters, and a tiger hat for Nati.  I thought the tiger hat would be enough, but he kept asking where his costume was, so we improvised.  The tiger toga isn’t my best work, but it was the best I could do in 15 minutes. 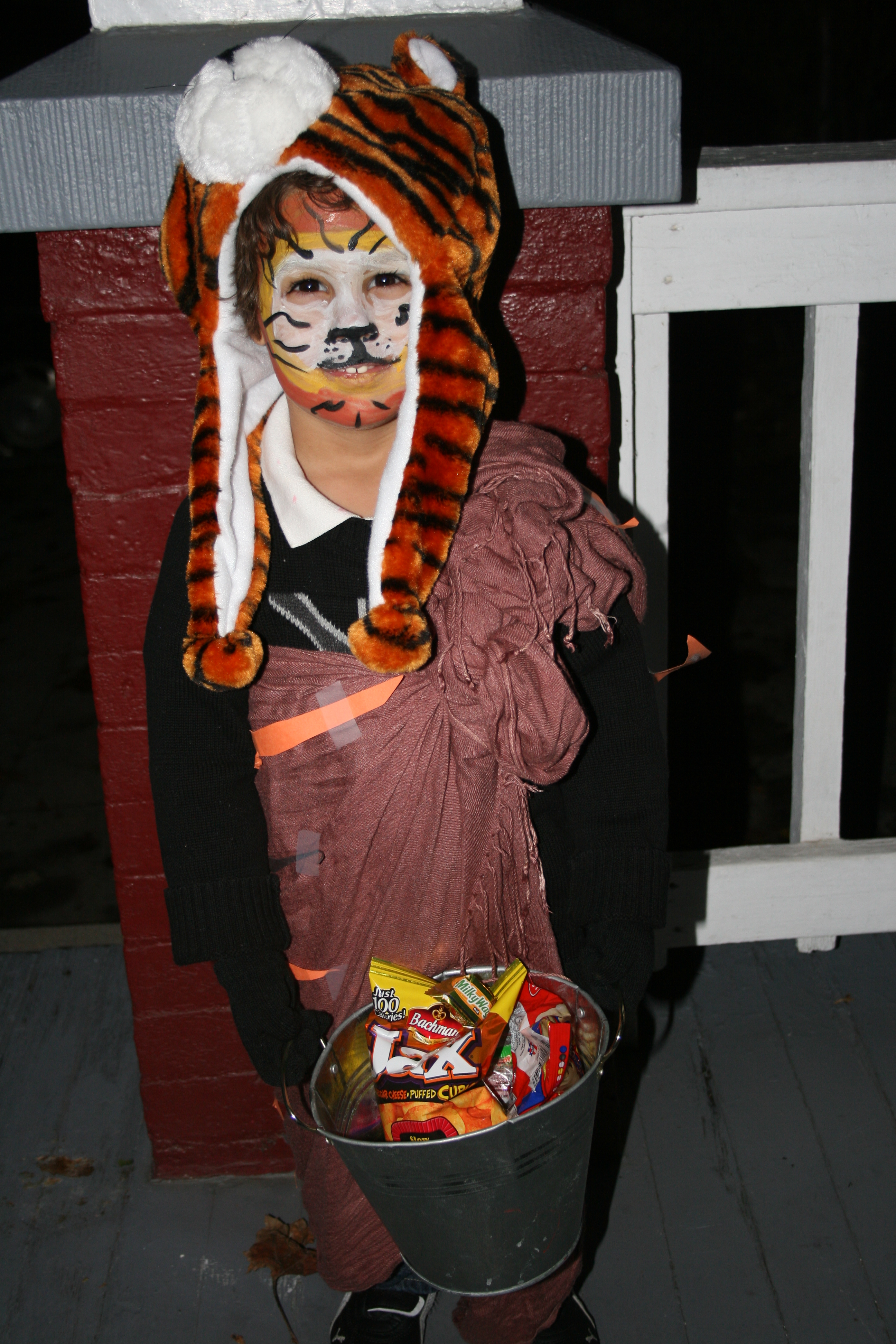 My plan was to just sit on the porch and pass out candy, but our porch light was broken.  Since no one would come to a house without a porch light, I thought I’d just take Nati trick-or-treating around to our neighbors.  But only one neighbor was doing it, so we ended up walking a few blocks, and that’s how we inadvertently celebrated our first real Halloween.  Nati would say, “Trick or treat!” and try to give people the candy in his bucket.  Lily was just along for the ride. 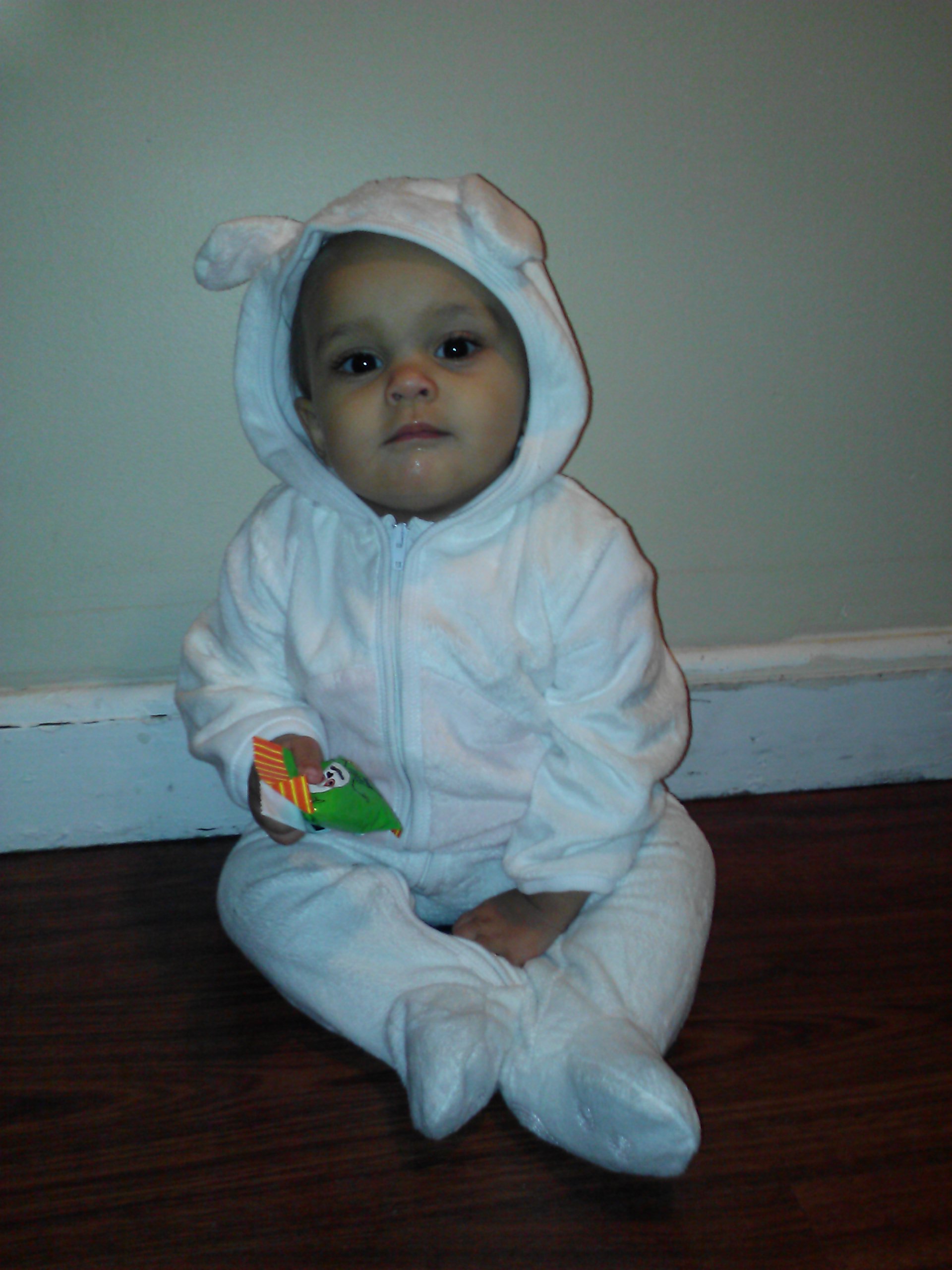 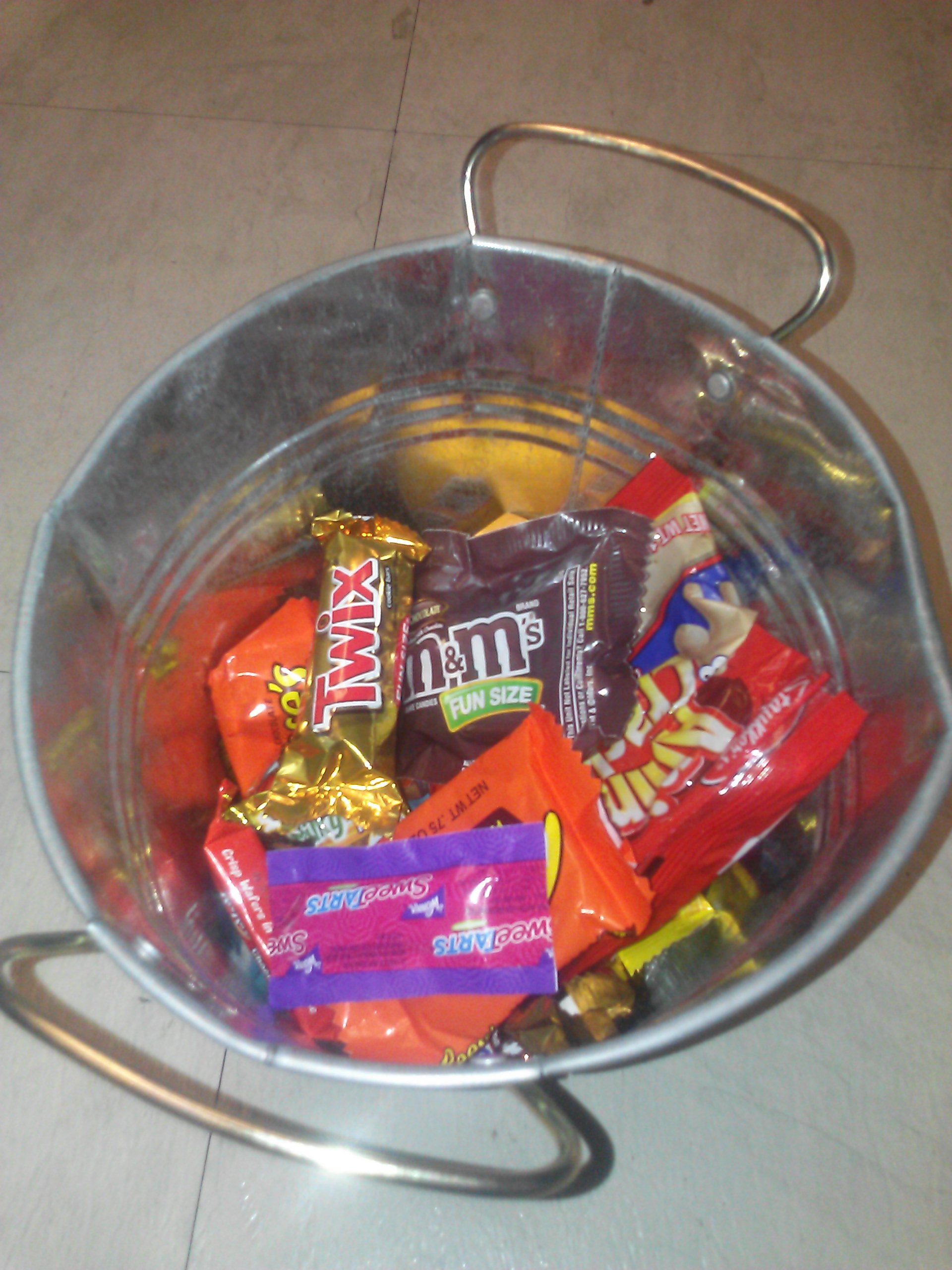 It was kind of fun to see all the people in the community out and about and interacting with each other.  Afterwards we came inside, ate candy and carved a pumpkin.  Actually, the kids watched a movie while I carved a pumpkin.  Not a bad day.

4 Thoughts on “Our First Halloween”