The views expressed here are my own, and are not necessarily those of my family or friends.  This is part two of a two-part series in response to the ongoing conversations at Eastern Mennonite University and Mennonite Church USA about how to live with our LGBTQ brothers and sisters.

I am speaking as someone who understands that you see changes in the church’s acceptance of homosexuality and believe that they reflect a weakening of regard for the authority of God’s Word. I know how important this is to you, and I know you are trying to do the right thing.

I grew up believing, like you, that the Bible was inerrant and true and that homosexuality was a sin.  But faith isn’t just an admission stamp that you get on your hand when you become a Christian.  People change and grow, and their relationship with God changes and grows with them.

As a child, when I heard passages in the Old Testament about violent massacres and brutal atrocities that were committed at God’s command, I was told that it was okay – that things were different before Jesus came do redeem us, and that now that He has come, we are a people of peace.  I accepted this.

Then, as I got older, I heard of the genocide in Rwanda. In high school, I visited the Holocaust Museum.  In college, I read about the Christian Crusades.  The horror of recent history overwhelmed me and the next time I went back to read those same Old Testament stories, they were far too real.  I decided that hurting and killing people like this could never be okay, whether in Darfur today or in Israel several thousand years ago.

I experienced a crisis of faith and asked myself, “Who is this God that I am following?”  I tried to make sense of the many stories of God that I have read and been told and been telling other people for years.  I tried to solve this puzzle, but found myself with too many pieces – pieces that didn’t fit together and didn’t match. I wrestled with God, like Jacob, begging for a blessing – begging Him to tell me His name. 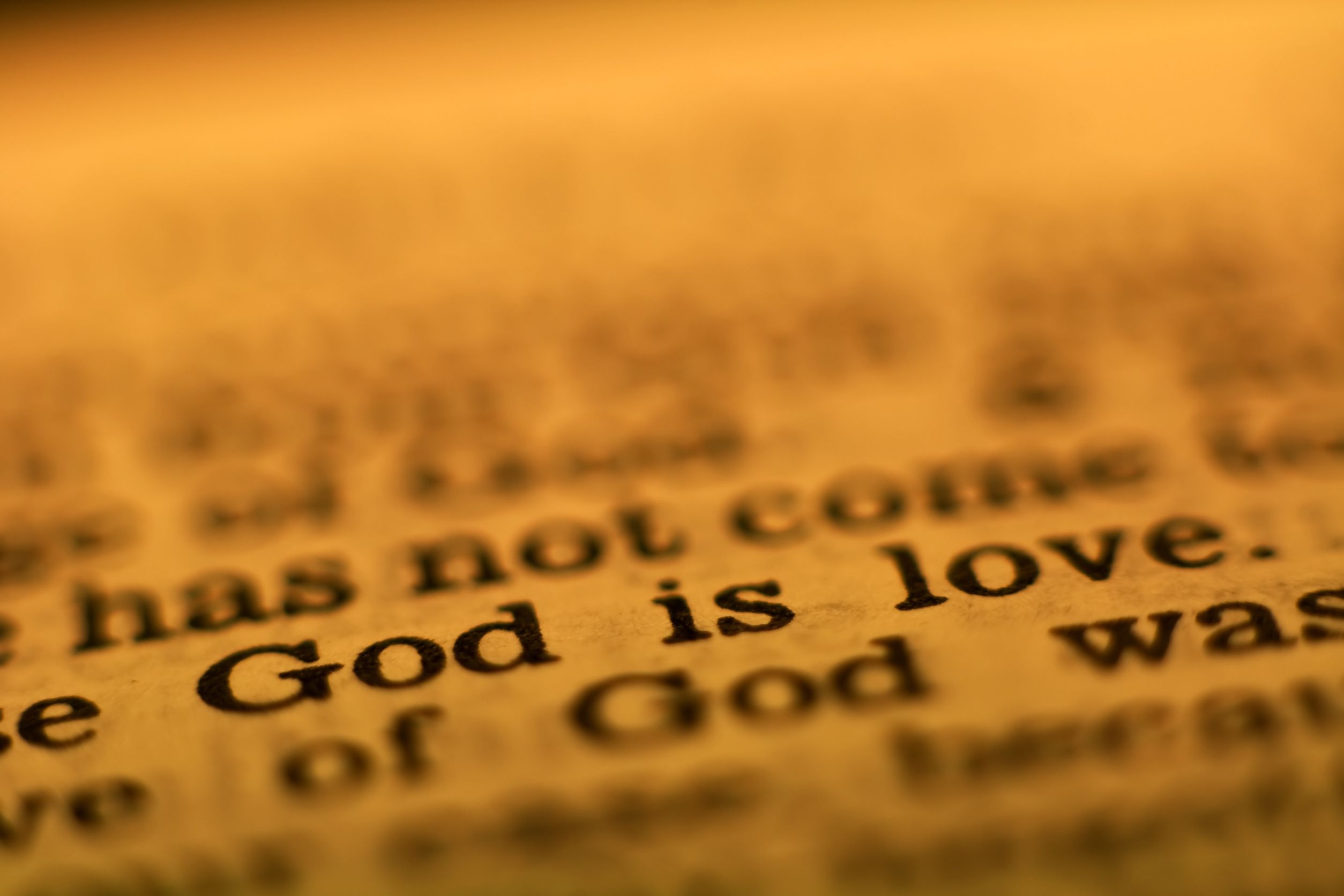 In my desperate search to understand who God is, I lost something.  Now, when I read the Bible, I am cautious instead of trusting. Being unable to read the Bible as a completely authoritative source of guidance for my life has felt like suddenly becoming deaf or blind. It is terrifying. It is painful. I have never shared this before because I was afraid you would think that I’d lost my faith, and I knew that would break your heart. I don’t feel like I’ve lost my faith, but if you want to pray for me to find the truth, I welcome it.  I hope we all find the truth.

I still believe that the Bible is true, but I see it differently now.  Before, I was looking at the Bible as a window into the will of God.  When I unexpectedly caught the reflection of humanity in those stories, I found that it’s been a mirror all along – a mirror reflecting thousands of years of humans trying, and often failing, to do the will of God. Although we can’t use the mirror to see God’s will directly, we are made in God’s image, so with discernment we can use that mirror to look for the likeness of Him in our own reflection.

The idea that homosexuality is a sin is hurting a lot of people. Lawmakers in the U.S. and abroad are proactively trying to legislate against the civil rights of LGBTQ people. LGBTQ people who attend our churches and schools are being asked to stay in the margins: to be ministered to, but never to minister; to be taught, but never to teach.  I want more than anything for the places I call home – my schools and my churches – to also be a home to the LGBTQ people that I love.  There are parts of the Bible that say homosexuality is a sin, but I see pain and discrimination and injustice and my conscience protests. I want to do what’s right.

Part I: To the Progressive Christians Fighting for LGBTQ Rights

8 Thoughts on “Part II: To the Conservative Christians Fighting for the Integrity of the Church”