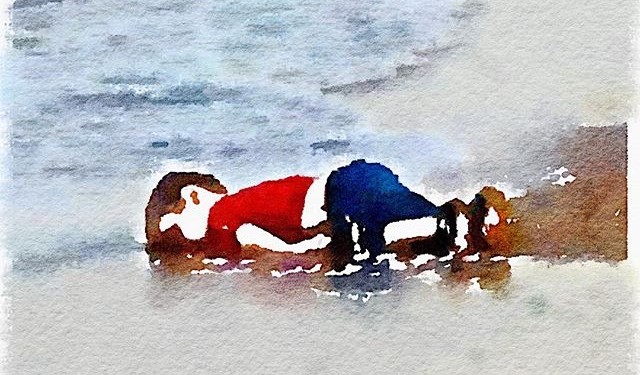 I grew up in an area where conflict rose and fell like the tide—sometimes the fighting increased, and sometimes the calm.  It could be measured by how often in the night we heard the war cry echo between our mountain and the next, and by how many late-night knocks came to our door asking for my father’s help to chase cattle thieves.  This, to me, was normal.  This was the way things were.

There came a time when things changed.  We heard less about raids and more about battles.  I was forbidden to play at the river with friends.  We stopped taking walks when we found a warrior’s arrow on a path near our house.  I was too young to understand the politics of this war, but the tension I could feel.

Late one night, my father’s truck rumbled into our yard full of women and children from a nearby homestead.  Mattresses were spread out on every corner of the floor, and I felt simultaneously happy for the company and annoyed by the invasion of my private space.  In the days that followed, we drove past their homestead and saw what remained.  Every house had been burned to the ground. END_OF_DOCUMENT_TOKEN_TO_BE_REPLACED